We really like the 1.70 about three or more goals being scored, so that is our betting prediction. Bet on Over 2.5 Goals when Beijing Guoan lock horns with Dalian Pro.

The football tips are created after keeping tabs on the latest team news along with the form guide. We also delve into the latest stats which can provide a barometer for how the action might play out.

The teams are capable of scoring a combined three goals or more. Therefore, our tip is to back the odds 1.70 when it comes to Over 2.5 Goals in this Chinese Super League game.

There’s the opportunity to look at other betting angles and that includes Over 3.5 Goals if you want to chance four or more being scored.

Beijing Guoan lost to Zhejiang at Huzhou Olympic Sports Center in their last game. The scoreline in this Super League match was 2-0, with Beijing Guoan having five shots on target and 51% of possession.

In the last Beijing Guoan vs Dalian Pro match, the game ended in a 2-2 draw at Puwan Stadium.

Looking back over the past 5 matches, we have seen Beijing Guoan win four times. One game ended in a draw and there has been an average of 2.8 goals scored.

Gamble responsibly 18+. All odds are correct at time of publishing and are subject to change. To use the Bookmaker Live Streaming services you will need to be logged in and have a funded account or to have placed a bet in the last 24 hours. Geo-restrictions apply.
Published 21:55, 02 December 2022

According to the betting odds, Beijing Guoan are red-hot 1.70 favourites with the bookies to win and that means a 59% chance of winning this Super League clash. Dalian Pro are trading at a bigger price than their opponents and they can be backed at 4.75.

For those expecting a high-scoring game, Over 2.5 Goals is the shortest price. The Both Teams to Score No bet is 2.00 and it’s ideal if you think at least one club will not score during the ninety minutes.

To combine various Chinese Super League selections within the same match, you will find football betting sites offer a Bet Builder. Start adding the picks you fancy until you’re happy with the overall payout.

Make sure you know the Beijing Guoan vs Dalian Pro team news before placing your bets. We’ll bring you the information when we have it.

You can find out the Beijing Guoan vs Dalian Pro lineups including substitutes ahead of kick-off. Check out our predicted lineups before getting confirmed starting 11s.

Find out the squads on a team-by-team basis, with stats available for each player.

The Chinese Super League standings will highlight the leading teams in the table. Go through the standings to see how many points each side has earned. 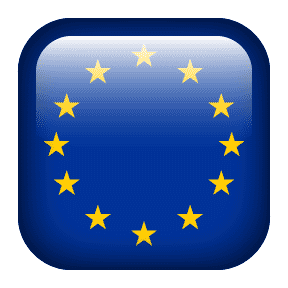