Head to the Total Goals market when it comes to this fixture. Our betting prediction is Over 2.5 Goals, with Burnley and Tottenham clearly having the potential to score three or more.

Burnley played Crystal Palace in their last game. They drew 3-3 and recorded 40% of possession. Ben Mee, Chris Wood and Maxwel Cornet were their goalscorers in this Premier League match at Turf Moor.

Tottenham played Mura in their last match and this was an away game at Fazanerija Stadion. The scoreline was a 2-1 loss in this Europa Conference League encounter, with Harry Kane scoring for Tottenham.

Tottenham achieved a 1-0 victory against Burnley when the teams met at Turf Moor which was the most recent fixture between the pair.

Reasons for our Burnley vs Tottenham betting tips:

We really like the 2.10 about three or more goals being scored, so that is our betting tip for this Premier League game. Bet on Over 2.5 Goals when the hosts lock horns with the visitors.

If you have a preference for a particular team to win, you can combine this with Over 2.5 Goals and get bigger odds.

Tottenham are the shortest price to win this Premier League game according to the bookies, with the gambling operators giving them a 50% probability due to their 2.00 betting odds. Burnley are the 3.60 underdogs, while the draw can also be backed as an alternative.

The Under 2.5 / Over 2.5 Goals betting market has the two outcomes at a similar price. The Yes option in the Both Teams to Score market is regarded as the most likely outcome and is trading at 1.95.

Head over to the Bet Builder and you’ll find all the popular football betting site markets available. Premier League selections can then be combined together in a same-game accumulator which you can cheer on.

You’ve found the right place for Burnley vs Tottenham team news, with all the latest information available including lineups and injuries so you’re fully informed.

The Premier League squad information is a great asset when it comes to making your bets.

The latest Burnley vs Tottenham lineups, including predicted lineups and confirmed starting 11s. Find out each team’s formation along with the substitutes.

Find out each player’s availability thanks to our injuries and suspensions news. We have a full list of players for each team that are currently sidelined.

It’s great to get information and stats on the squad for every team in the division.

The updated Premier League standings highlight the performance of each football team. See where the sides are ranked according to points earned so far. 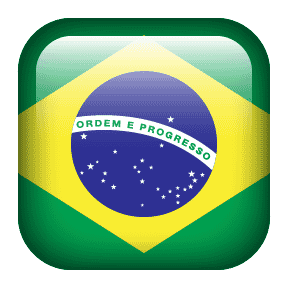