Providing three or more goals are scored, we will win with our betting prediction of Over 2.5 Goals. Let’s hope that we see an attacking game between Famalicao and Pacos de Ferreira.

Reasons for our Famalicao vs Pacos de Ferreira prediction:

Head to the Total Goals market when it comes to this Primeira Liga game. Our tip is Over 2.5 Goals, with the two teams clearly having the potential to score three or more.

Those feeling confident of a goalfest might be interested in the bigger odds about Over 3.5 Goals which means you need four or more being scored.

Famalicao´s previous match was a 1-0 win against Belenenses at Municipal 22 de Junho. They had two shots on target and five corners in the Primeira Liga match, with Riccieli on the scoresheet.

Pacos de Ferreira lost against Benfica in their last match, losing the Primeira Liga clash 2-0 at Estadio da Luz, with Pacos de Ferreira having one shots on target and they had 28% of possession.

During the past 5 matches, Famalicao have won two times. Pacos de Ferreira have won three and no draws.

Bookies favourites Famalicao are regarded as the likeliest winners for this Primeira Liga game and the 2.00 about them triumphing means a 50% chance of winning based on their current betting odds. For those wanting to oppose the market leader, you can get 4.20 about Pacos de Ferreira.

For the Total Goals market, Under 2.5 Goals is the shortest price for this interesting match. When it comes to Both Teams to Score, it’s anyone’s guess as to whether Yes or No will pay out on this market.

The Draw No Bet market is popular for Primeira Liga matches, with the football betting sites offering Famalicao at 1.40 and Pacos de Ferreira are priced at 2.75 for the win.

Make sure you know the lineups ahead of kick-off, with injuries also playing a part when it comes to Famalicao vs Pacos de Ferreira team news.

The Primeira Liga squad information is a great asset when it comes to making your bets.

Check out the Famalicao vs Pacos de Ferreira lineups which include predicted lineups and confirmed starting 11s along with formations and substitute information.

Find out each player’s availability thanks to our injuries and suspensions news. We have a full list of players for each team that are currently sidelined.

Every squad is covered in-depth so that you can get all the player info you need. 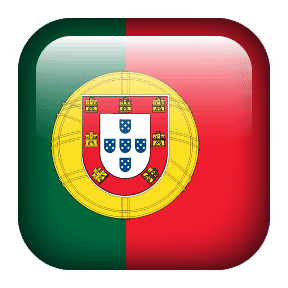 We recommend looking at the Primeira Liga standings after each round of games so you can see where each side are placed in the table.