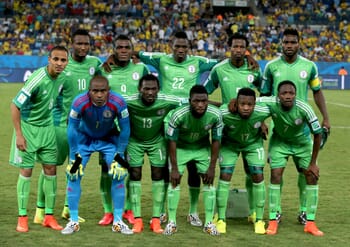 Nigeria actually failed to qualify for the past two Africa Cup of Nations tournaments, although the Super Eagles have made up for lost time by reaching the semi-final stage of this renewal.

Gernot Rohr’s team are now bidding to become champions of Africa for the fourth time, with the Nigerians having finished second in their qualifying group before overcoming Cameroon and South Africa to reach this stage of the competition.

Although the team struggled for goals during the group phase, they came to life against the Indomitable Lions in a brilliant last sixteen encounter which saw the Super Eagles recover from going 2-1 down to win the match.

They then scored twice more to reach this latest stage and Nigeria will have Odion Ighalo leading the line and looking to add to his tally of three AFCON goals already this summer.

The Algerians are also an attack-minded team and have been playing on the front foot since AFCON 2019 began, with the Desert Foxes scoring six goals without reply during three group games.

Inspired by captain Riyad Mahrez, there was then a comfortable 3-0 win over Guinea before a tighter clash against the Ivory Coast which saw the game finish 1-1 after 120 minutes. The Algerians were then able to produce the goods on spot kicks.

It should be noted that the north Africans missed a penalty to go 2-0 up in normal time and we’re expecting them to create plenty of chances against a team who have conceded in their past three encounters.

Both teams are not brilliant from a defensive point-of-view and we’re going to jump at the chance to back both teams to find the net during this encounter.