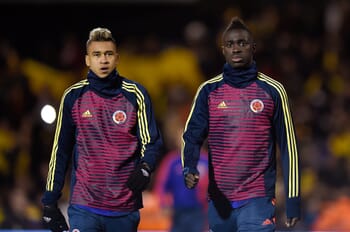 However, the tournament format involved three groups of four teams before the quarter final stage, while the 2021 renewal will involve two groups of five teams and there will be a round robin phase which involves each side playing four different opponents before the last eight stage.

Venezuela are among the weaker teams in the tournament and appear at the 2021 Copa America as a potential whipping boy, while Peru and Ecuador could also be rich pickings for the two strongest sides in the section.

Brazil manager Tite is likely to rotate his squad against weaker opponents and it’s a really difficult puzzle working out the leading scorer for Brazil, let alone whether they can bag enough to top the scoring charts.

Colombia could be a similar story although the advantage of backing a player that represents Los Cafeteros is that they’re available at a much bigger price and we’re going to take a punt on a forward who has been scoring for fun in Scotland.

Admittedly, the Scottish Premiership isn’t the most competitive football league in Europe although Alfredo Morelos has a fantastic goal scoring record for Glasgow Rangers and he's helped Rangers win their first Scottish title in ten years.