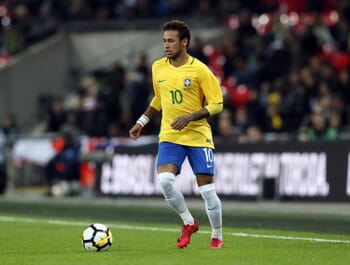 However, the tournament format involved three groups of four teams before the quarter final stage, while the 2021 renewal will involve two groups of five teams and there will be a round robin phase which involves each side playing four different opponents before the last eight stage.

Venezuela are among the weaker teams in the tournament and appear at the 2021 Copa America as a potential whipping boy, while Peru and Ecuador could also be rich pickings for the two strongest sides in the section.

However, NEYMAR looks a completely different prospect, with the Paris Saint-Germain forward sure to get plenty of game time and he has scored 65 goals in 104 international appearances, with the 29-year-old at the peak of his powers.

Brazil manager Tite is likely to rotate his squad against weaker opponents and it’s a really difficult puzzle working out the leading scorer for Brazil, let alone whether they can bag enough to top the scoring charts although Neymar demands inclusion and looks a solid bet.

Naturally, some punters will want to back Lionel Messi and the Barcelona star could have shone in his native Argentina, although the fact that this tournament is being played in Brazil is an obvious negative considering that the Barca star is going to be met with hostility.

Luis Suarez and Edinson Cavani have had a rum old time of things together representing Uruguay and it wouldn’t be a surprise to find either player near the top of the scoring charts, with Suarez having helped Atletico Madrid to a first Spanish La Liga title in ten years, while Cavani has been spectacular for Manchester United.

However, our prediction is that Neymar will be sitting pretty on top of the scoring charts come the end of a tournament which has had to be hastily rearranged.