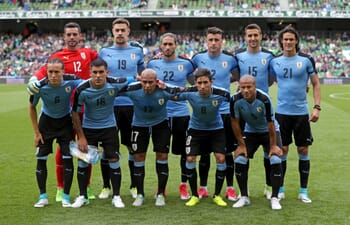 Uruguay are among the best teams in South America and we’re surprised that La Celeste are available at such a big price to beat an inferior Ecuador team on 16 June.

The match at Estádio Mineirão in Belo Horizonte is likely to see Oscar Tabarez’s side find a way to win, with the Sky Blues having acquitted themselves pretty well at the 2018 World Cup when winning their group before beating Portugal.

The Uruguayans were beaten 2-0 by France at the quarter final stage of proceedings although it once again demonstrated how good this team are when it comes to knockout football and the spine of the team remains strong.

Diego Godin continues to captain his national side and the Atletico Madrid central defender will continue to form a wall alongside younger club team-mate Jose Gimenez.

Luis Suarez and Edinson Cavani can prove to be a lethal cocktail in attack and should cause untold problems for the Ecuadorian defence, while Rodrigo Bentancur has been shining for Juventus and the 21-year-old could end up being a star of this tournament.

Uruguay did actually lose four matches on the bounce towards the end of 2018, although a couple of those defeats were slender reverses against Brazil and France, while weakened teams played South Korea and Japan.

Ecuador are 59th in the FIFA rankings, with the team finishing eighth in the CONMEBOL standings for the 2018 World Cup, with Hernán Darío Gómez’s side managing to win just twice away from home soil.

Antonio Valencia hasn’t featured hugely for Manchester United although he’s the team captain, while Enner Valencia has a wonderful record in a national shirt although he plays his club football in Mexico.

We’re expecting Uruguay to run a typically tight ship and grind out an opening win in true style. They have the tactical game knowhow and we’re happy to back the favourites for this one.