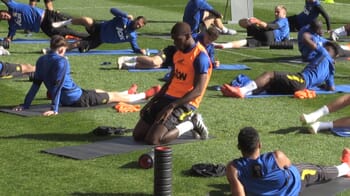 Manchester United have taken a strong squad of players on their pre-season tour ahead of the 2019/20 campaign, with Paul Pogba and Romelu Lukaku on the plane despite rumours that both will have left Old Trafford before the season starts in earnest.

The Red Devils flew out to Australia a little while ago for some warm-weather training before they then head to the National Stadium in Kallang where they will clash with Inter Milan as part of the 2019 International Champions Cup.

While the tournament consists of little more than glorified friendly matches between elite clubs, it matters to manager Ole Gunnar Solskjaer that the team produce some effective performances on the pitch and we’ll tentatively side with them to win this one.

David de Gea remains a reliable stopper in goal, with Aaron Wan-Bissaka and Luke Shaw operating as full-backs and it will be all eyes on the former who recently completed a £50 million move from Crystal Palace.

It’s clear that Solskjaer is basing his attack around Marcus Rashford next season and the England striker has already become a senior spokesman for the team, while Eric Bailly might eventually become the strong centre-half that was envisaged by Jose Mourinho.

As for Internazionale, the Italian side are some way behind Manchester United in their preparations for the new season considering that proceedings don’t get underway until 24 August, with Antonio Conte only just getting his squad back together for this encounter.

There are rumours that Inter Milan could actually be in for Lukaku, with the team finishing fourth in Serie A last season and a hefty twenty-one points behind champions Juventus.

Conte certainly needs to bolster the strikeforce considering that 57 goals were scored in 38 Serie A games last season, although the Italian has previously achieved great things with Juventus and Chelsea.

Even so, this is early in terms of preparations for Inter’s season and we’ll take Manchester United to land themselves a confidence-boosting win.