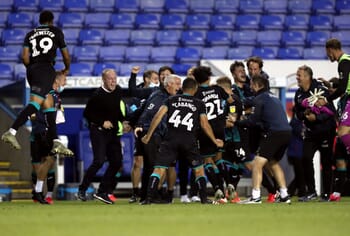 Barnsley have been the surprise package in the English Championship this season, with Valerien Ismael having achieved a great deal on a modest budget at Oakwell this term and it’s no surprise to find the Frenchman being linked with a number of Premier League clubs.

However, he will be focused on achieving promotion with the Yorkshire club and Barnsley come up against a Swansea side who are in the play-offs for the second season running, with the Welsh team hoping to go one better than last season and reach the final.

Few would have predicted that Barnsley would land a top six spot this season considering that they only just stayed afloat in the second tier last term, with the Tykes securing their play-off berth with a few games to spare and that chiefly came as a result of winning nine and drawing one match between 14 February and 17 March.

Midfielder Callum Styles has been earning rave reviews and the same applies to Romal Palmer who has also enjoyed a breakthrough season at the club, although our prediction is that chances might be at a premium for what is a high-stakes clash between two promotion hopefuls.

Swansea Might Look to Keep Things Tight at Oakwell

Goals from Ben Cabango and Jamal Lowe helped Swansea claim a 2-0 win at Oakwell earlier this season and that was less than a month before the Swans won the reverse match by a 2-0 scoreline, with Steve Cooper’s side having endured a four-match losing run before sealing their play-off spot.

The bottom line is that the Swans have been defensively tight to the extent where they have conceded far less than one goal per game and our tip has to be Under 2.5 Goals.