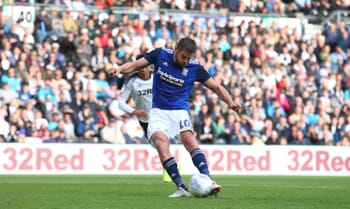 Birmingham City were going along nicely after a 1-0 win away to Charlton Athletic, although the last three games have all been losing affairs for the Blues.

Pep Clotet’s side were narrowly beaten at home to Preston before fighting back from two goals down at Derby only to lose the game 3-2. They should really have taken something at Wigan before a goalkeeping mistake saw City lose the game 1-0.

However, there are reasons to suggest that Birmingham can get back on the winning trail on Friday night. Before this three-match losing streak, they had won consecutive matches against Stoke and the Addicks.

Lukas Jutkiewicz is a decent operator at this level and his physical and aerial presence could be an issue for a Middlesbrough side who are finding life tough this season.

Boro sit 20th in the Championship table after amassing ten points from their ten games played, with Jonathan Woodgate’s side having drawn two and lost two on the road.

Apart from two 1-0 home wins over Reading and Wigan respectively, it’s been tough going for the Teeside club this season and the team look short of quality, with youngsters Marcus Tavernier and Marcus Browne expected to step up in a tough division.

We think that Birmingham’s chances of victory are something approaching 50%, so the opportunity to back them at a much bigger price than evens can’t be passed up.

Woodgate is starting to lose the goodwill of the supporters and a recent 4-1 home reverse against Sheffield Wednesday highlighted that there are defensive shortcomings which could be exposed.

Indeed, Owls boss Garry Monk alluded to the fact that Boro are vulnerable from crosses and it’s sure to be a theme of the match as Birmingham look to get themselves back on track.

When is Birmingham vs Middlesbrough being played?

Birmingham vs Middlesbrough will be played at 19:45 GMT on Friday 4 October 2019 at St Andrews Stadium.

What is the Birmingham vs Middlesbrough H2H record?

What is Birmingham’s most recent form?

What is the predicted Birmingham line-up?