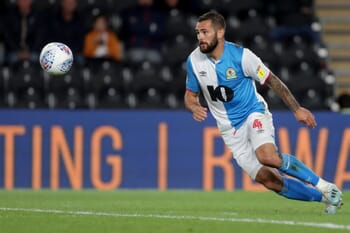 We have a festive north-west derby on Monday night, with Blackburn Rovers and Wigan Athletic both located in deepest Lancashire and there should be a decent crowd who will be mostly cheering on the home side.

Rovers are strong favourites to claim three points and their recent form has been outstanding, with Tony Mowbray’s side looking like play-off contenders after winning six of their previous eight encounters.

The only team to have beaten them during that time were Leeds United, with Blackburn having beaten Sheffield Wednesday, Barnsley, Brentford and Derby County in their past four games at Ewood Park.

Defensively, Blackburn have been very stubborn in recent weeks, with goalkeeper Christian Walton proving to be an astute loan signing from Brighton, while centre-half Tosin Adarabioyo was recruited from nearby Manchester City and has been a towering presence at the back.

It’s hard to look beyond the home win and Wigan Athletic are in a relegation scrap at the foot of the table, with the team sitting twenty-third in the Championship table and they have just eighteen points on the board.

Paul Cook saw his team throw away one-goal leads over West Brom and Huddersfield over the past few days and they have lost eight of their eleven encounters on the road this term.

Scoring goals has generally been a problem for a team averaging less than one per game, with Josh Windass and Jamal Lowe both struggling to find the net this season and it’s easy to see the visitors running into a brick wall for this match.

We’ll keep things simple and plump for a home victory at the Full-Time Result odds, with Blackburn looking to force their way into the top six of the table as they continue to make steady progress under Mowbray.

When is Blackburn vs Wigan being played?

What is the Blackburn vs Wigan H2H record?

What is Blackburn’s most recent form?

What is Wigan’s most recent form?

What is the predicted Blackburn line-up?

What is the predicted Wigan line-up?