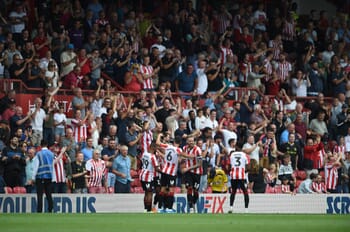 Brentford fluffed their lines when automatic promotion was within their grasp and looked as though they could get beaten by Swansea City in the play-offs after a 1-0 defeat at the Liberty Stadium, although the Bees came to life at Griffin Park in what would be their final competitive match at this hallowed ground.

Thomas Frank’s side made a flying start to overturn the deficit and ended up with a 3-2 aggregate win over the Swans. Our prediction is that they will outshine Fulham on the Wembley turf and book their place in the English top flight for the first time in the club’s history.

While Brentford and Fulham finished level on points in the final standings, it’s the former who have produced the brighter displays over the course of the season, scoring sixteen more goals during the regular season and they have the famed BMW as the attacking triumvirate.

Ollie Watkins narrowly missed out on being the top scorer in the division and he is flanked by Bryan Mbeumo and Said Benrahma, with the Bees having enjoyed a run of eight successive victories before that end-of-season wobble against Stoke and Barnsley.

As for the Cottagers, they were left to hang on against Cardiff on Thursday night, with the Bluebirds coming back hard at Craven Cottage and part of the reason regarding our Brentford tip is that they have already beaten Fulham home and away this season.

The betting odds look fairly generous about the favourites considering that Aleksandar Mitrovic played no part in either semi-final match and the Serbian must be considered a doubt for his team in this one.

Scott Parker might look to deploy containing tactics and certainly won’t want to be exposed on the counter-attack by these lively opponents, although we’re happy to punt odds-against about a team who displayed automatic promotion form towards the end of the campaign.

When is Brentford vs Fulham being played?

What is the Brentford vs Fulham H2H record?