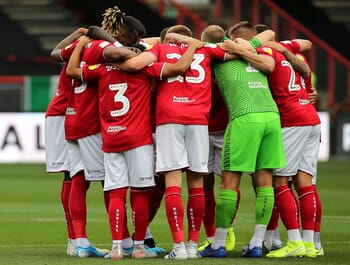 Bristol City are flying under the radar in the Championship this season although the Robins are now stationed in sixth place after four consecutive league wins following a 4-0 hammering at the hands of Brentford.

Lee Johnson’s side have been grinding out the victories recently, beating Barnsley by a single goal at Ashton Gate before claiming 1-0 wins away to Reading and QPR. They’ll be looking for more of the same when Birmingham come to town on Friday night.

The City team currently has a nice settled look about it, with Daniel Bentley proving a safe pair of hands between the sticks, while Andreas Weimann is enjoying a run of matches for the first time in his career and it’s paying dividends.

As you might expect, Bristol City are trading as favourites to win this match although the bookies aren’t convinced that they should be odds-on against a Birmingham City team who sit seventeenth in the division.

There doesn’t appear to be much danger of Pep Clotet’s side getting relegated this term and they’ve actually picked up in recent weeks, with the Blues unbeaten in six matches since losing at home to Wigan Athletic on New Year’s Day.

City came from behind to beat Nottingham Forest on Saturday and will now look to put up a strong defensive rearguard at Ashton Gate, with Scott Hogan getting off the mark for his new loan club at the weekend.

The highly-rated Jude Bellingham has remained at St Andrews for the remainder of the season and the visitors will clearly be content to land a point from this difficult encounter which makes us think they will deploy a defensive gameplan.

With this in mind, we will bet on a low-scoring encounter and the Under 2.5 Goals quote makes enough appeal to back it.