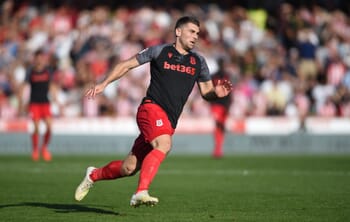 The 2019/20 Championship season was typically exciting from beginning to (a delayed) end, with Leeds United and West Brom eventually securing the automatic promotion spots, while Fulham overcame Brentford in the Championship play-off final to make a quick return to the Premier League.

It’s no surprise to find the Bees trading among the favourites to win the 2020/21 title and it would be a surprise to see the west London side finish outside of the top six, although we know this is an unpredictable division and it therefore pays to look at bigger-priced teams a lot of the time.

Thomas Frank might have issues motivating a squad that came so desperately close to automatic promotion last term, with Ollie Watkins the subject of interest from Premier League clubs and Brentford did wobble when it really mattered last term.

Meanwhile, Watford are trading as joint betting favourites with bet365 on the outright market, although our tip would be to wait and see what happens to the Hornets in terms of the manager they appoint, with the Hertfordshire club having gone through three gaffers before being relegated from the top flight.

Indeed, the Watford squad could easily get dismantled by the time the 2020/21 season comes around and there could be some rebuilding required, while the same applies at AFC Bournemouth where a new dawn will be heralded thanks to Eddie Howe stepping down as Head Coach after many successful years.

Norwich City are the other team trading at a single figure price at bet365 on the Championship outright market, although our prediction is that the Canaries might also take time to readjust to life back in the second tier and their first promotion under Daniel Farke owed plenty to outscoring the opposition.

However, the team we really like is STOKE CITY who are trading at 15.00 (14/1) with bet365 on the outright market and that makes appeal whether you want to back the Potters on the nose or alternatively take them each-way where you get a quarter of the odds for the first three places.

Michael O’Neill took the role last season and replaced Nathan Jones at Stoke City and the Northern Ireland manager has been impressive in improving the fortunes of the Staffordshire outfit, with more to come from them next season.

Stoke might have only finished in fifteenth place last season although the campaign ended with four wins from six matches and that was despite a 5-0 pounding at the hands of Leeds United, with the Potters finishing off with a 4-1 win at Nottingham Forest.

The squad is clearly among the strongest in the Championship and we’re expecting big things from Tashan Oakley-Boothe and Tyrese Campbell who are both youngsters with seemingly bright futures.

Like Stoke, Middlesbrough also have a strong manager in Neil Warnock and few can boast such an enviable track record in the English second flight, although we can’t see a huge number of viable alternatives when it comes to winning this division.

Get your bets paid out early if the team you back takes a lead of 10 points or more in their league with bet365 . Applies to bets on the To Win Outright market on selected leagues up to and including 15th October 2020. Bet restrictions and T&Cs apply. New and eligible customers only. Championship Early Payout Offer!