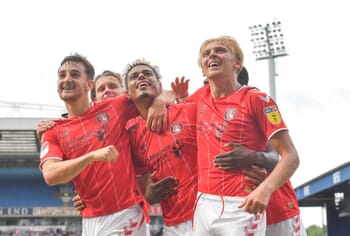 Charlton Athletic did wonderfully well to get promoted from League One last season, with the Addicks enjoying a bright start to life in the Championship although the London side have been sinking down the table over the past few weeks.

At the time of writing, Charlton haven’t won a league match since beating Derby 3-0 on Saturday 19 October, with eight matches having elapsed since the team won a game and the run looks likely to continue.

Indeed, Bowyer will be glad of the early points banked considering that Athletic could be in for a relegation scrap come the spring months and this looks like a tough assignment against an in-form Hull City team who have the division’s second-top scorer.

Grant McCann took the plunge by swapping Doncaster for the Tigers last summer after Nigel Adkins decided he couldn’t continue in the role, with the former Peterborough manager having acquitted himself well.

There have been five wins in the past eight games for City and that includes victories away to Nottingham Forest and Fulham, with Jarrod Bowen earning rave reviews after plundering fifteen goals which includes ten in the past nine encounters.

We can’t be completely confident that Hull will win at The Valley, although we can be fairly sure that they will avoid defeat against a team struggling badly at this level and will plump for the visitors on the Asian Handicap.

After a slow start to the season, Hull will now be eyeing a play-off charge and McCann will be acutely aware that his team can make hay until January while Bowen remains part of the squad considering that a Premier League team could make an approach for him in a few weeks’ time.

When is Charlton vs Hull City being played?

What is the Charlton vs Hull City H2H record?

What is Charlton’s most recent form?

What is Hull City’s most recent form?

What is the predicted Charlton line-up?

What is the predicted Hull City line-up?