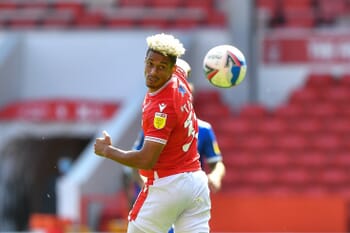 It might seem a little brave or even foolish to be tipping Nottingham Forest to win at the John Smith’s Stadium on Friday night, although the Tricky Trees haven’t turned into a bad team overnight and we reckon they can get the better of Huddersfield in this clash.

Can Lamouchi Last at Nottingham Forest?

Sabri Lamouchi continues to remain in charge at Forest despite the team’s failure to make the Championship play-offs at the end of last season and it’s fair to say that the team is still pretty competitive considering that Matty Cash was the only notable departure in the summer.

The big problem for the Midlands side has been putting the ball in the net thus far, although Lyle Taylor was signed from Charlton Athletic over the summer and could be set to have some joy in front of goal against a sorry Huddersfield Town side who might be relegated this season.

Huddersfield Could Be a Good Bet for Relegation

The Terriers had to scrap to stay in the English second tier last season and the early signs are far from encouraging after a 1-0 home defeat was followed by a 3-0 hammering at the hands of Brentford.

Karlan Grant is currently unavailable and the striker could well be moving to West Brom within the next few weeks, with Huddersfield also struggling to score and our prediction is that this will be a low-scoring Championship match.

However, we would rather avoid backing Under 2.5 Goals at a short price and focus instead of betting Forest just to prove they are the better team over ninety minutes.

The visitors only lost four away matches all season and although there were eleven draws, there were also eight wins. There is the option to bet Forest on the Asian Handicap market although we would rather take the bigger betting odds on this occasion.

When is Huddersfield vs Nottingham Forest being played?

Huddersfield vs Nottingham Forest will be played at 19:45 GMT on Friday 25 September 2020 at John Smiths Stadium.

What is the Huddersfield vs Nottingham Forest H2H record?

What is Huddersfield’s most recent form?

What is the predicted Huddersfield line-up?

Who is injured or suspended for Huddersfield?