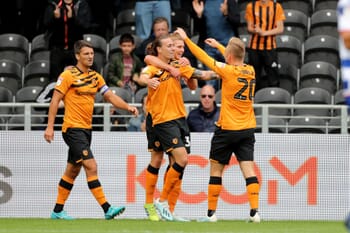 The money has dried up at Middlesbrough FC this season and owner Steve Gibson’s decision to give Jonathan Woodgate the manager’s job was mainly down to a lack of funds to recruit a higher calibre candidate.

The results have been highly disappointing and the Teeside club find themselves in the bottom three of the Championship, with just two wins on the board from sixteen games and it promises to be a harsh winter for a team who will have to roll their sleeves up and scrap against relegation.

Boro have scored just five goals at home all season, with the last victory being a 1-0 triumph over Reading in the middle of September and that has been followed by a winless run of nine games.

That’s why we’re slightly surprised to find the home side trading as slight favourites to beat a Hull City team who are faring much better this season, with the Tigers sitting in mid-table and enjoying three victories from their past four encounters.

That has included wins away to Nottingham Forest and Fulham, with the latter of these being a 3-0 triumph and Jarrod Bowen is enjoying the sort of scoring form that has seen the 22-year-old rack up ten goals for Hull this season.

Kamil Grosicki is also a quality operator at Championship level and we’re happy to get with the visitors on the Asian Handicap market at odds-against considering that Middlesbrough are so easy to oppose.

It would appear that Woodgate could get relieved of his duties if there’s a defeat in this clash, with the manager relying heavily on Britt Assombalonga to score the goals to keep them afloat in the division.

When is Middlesbrough vs Hull City being played?

Middlesbrough vs Hull City will be played at 12:00 GMT on Sunday 24 November 2019 at Riverside Stadium.

What is the Middlesbrough vs Hull City H2H record?

What is Hull City’s most recent form?

What is the predicted Hull City line-up?