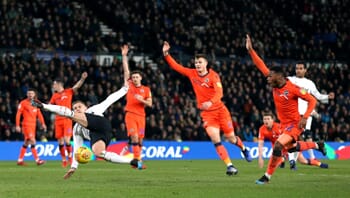 Millwall have been doing well since Gary Rowett took charge at The Den, with the Lions sitting mid-table in the Championship and they currently sit just five points outside the play-off places at the time of writing.

The Den is actually something of a fortress for the London side this season, with five wins on the board from nine games played and the team have only lost one of their previous seven matches, with the past four matches seeing them win two and draw two.

However, Millwall were made to work hard to draw with Wigan in their previous home match and this represents a tough assignment against a Nottingham Forest side who have their own promotion aspirations this season.

The Tricky Trees are currently fourth in the Championship table and Sabri Lamouchi’s side have been particularly hard to beat on the road after registering five wins and four draws from their ten away clashes.

Indeed, the last time that Forest took to the road saw them land a spectacular 4-0 triumph away at QPR, with striker Lewis Grabban having scored three goals in his previous five matches.

Ultimately we have a team unaccustomed to losing at home against a side who are rugged on the road and we’re going to take a chance on this match finishing all square.

A point would be a decent outcome for both sides at this stage in the season, with Forest’s defence looking particularly stout and they are conceding less than one goal per game on average.

When is Millwall vs Nottingham Forest being played?

Millwall vs Nottingham Forest will be played at 19:45 GMT on Friday 6 December 2019 at The Den.

What is the Millwall vs Nottingham Forest H2H record?

What is Millwall’s most recent form?

What is the predicted Millwall line-up?

Who is injured or suspended for Millwall?