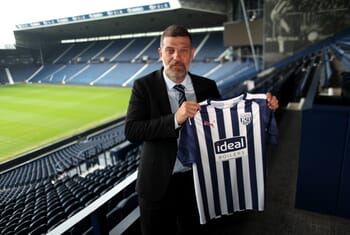 We’ve got ourselves a Midlands derby on the first weekend of the 2019/20 Championship football season, with Nottingham Forest having a typically frenetic summer which saw Martin O’Neill and Roy Keane leave the City Ground in late June.

It means that Sabri Lamouchi is now in charge of the Tricky Trees and this is a really left-field appointment considering that the Frenchman’s managerial experience amounts to being in charge of the Ivory Coast national team before spells with El Jaish and Rennes.

Lamouchi will attempt to resurrect the fortunes of a club who have been treading water in the Championship over the past few seasons, with Forest finishing in ninth place last season and eight points short of the play-offs.

Expectation levels were high at the beginning of last season and plenty of money was spent on new players although Forest were never really troubling the play-off places and they’ll begin the season as a highly unpredictable team.

West Brom are navigating steadier waters after a failed play-off attempt last season and the Baggies are now hoping that Slaven Bilic can steer the team into the automatic promotion places at the end of the season.

Albion are still reaping the dividends of Premier League parachute money and they were the second-highest scorers in the Championship last season when plundering a sum total of 87 goals.

Bilic is a familiar face in England after enjoying a spell in charge of West Ham although he’s never managed a team in the Championship and this is a division which has eight additional games to the Premier League and it’s a tough competition.

The Croatian is under instruction to reduce the wage bill amongst other tasks and we’re not convinced that West Brom will make a fast start to their campaign.

Therefore, we’ll go for a draw which would please both managers who start their new jobs in earnest with this game.