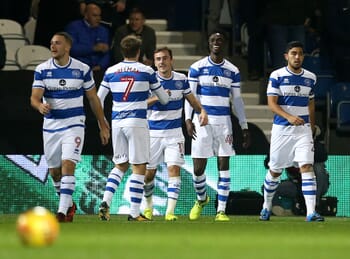 Queens Park Rangers are having a great season under Mark Warburton and the Hoops are certainly part of the conversation when it comes to clubs who can potentially get promoted to the Premier League.

QPR sit fifth in the Championship table and they have won five of their last eight matches, with the goals flying in at both ends recently.

On Tuesday night, the west London side played out a 2-2 draw against Reading after previously beating Blackburn 4-2 before a 3-2 win away to Hull. It’s clear that Warburton has this team focused on attacking play.

The manager will come up against a former club on Monday night, with Brentford making the short journey to Loftus Road hoping to claim a fourth away win of the season.

The Bees currently sit in mid-table, with the visitors bidding for a third consecutive victory after recent wins over Millwall and Swansea.

It was an excellent comeback victory over the Lions after trailing 2-0, while the 3-0 win at the Liberty Stadium saw Brentford get plenty of shots on target.

Considering both teams are in such excellent scoring form at the moment, it makes sense to back the Over 2.5 Goals line at a decent price, especially as this has happened in the past four QPR games.

Both teams will be going for a victory in this clash, with Bees striker Ollie Watkins having managed eight for the season, while Nakhi Wells is just one behind him for Rangers after scoring against Reading.

There have been 27 goals scored in seven matches at Loftus Road this term and we can expect this sort of trend to continue in front of a packed house at Shepherd’s Bush, with a high-scoring draw potentially on the cards.

When is QPR vs Brentford being played?

What is the QPR vs Brentford H2H record?

What is QPR’s most recent form?

What is the predicted QPR line-up?