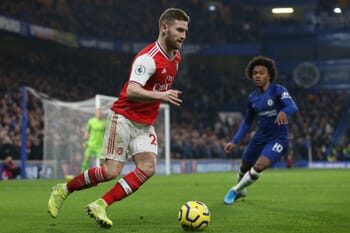 Liverpool and Arsenal will compete for the first trophy as part of the 2020/21 football season, with the Premier League winners and FA Cup victors battling it out in the Community Shield on Saturday 29 August.

This match will take place at Wembley Stadium behind closed doors and it’s Jurgen Klopp’s team who are strong betting favourites to claim victory, which is hardly a surprise considering that they finished a country mile ahead of the Gunners in the 2019/20 top flight standings.

However, we can be fairly sure that Klopp won’t be fielding a stellar cast of players for what is essentially a glorified friendly match and our prediction is that Arsenal can give a good account of themselves in a stadium where they prospered twice just a few weeks earlier.

Firstly, Mikel Arteta’s side were able to execute the perfect game plan to beat Manchester City by a 2-0 scoreline in the FA Cup semis before managing to then overcome Chelsea in the final thanks to Pierre-Emerick Aubameyang’s double.

Perhaps Auba will be rested for this clash and Arsenal will also be showing plenty of changes, although Arteta arguably has more squad depth than Klopp and neither manager will be remotely keen on their players operating with intensity at this point.

After all, the Premier League clubs had a hectic schedule and we might expect Neco Williams, Takumi Minamino, Curtis Jones and Harvey Elliott to be among the players gracing the Wembley turf.

Therefore, our betting tip is Arsenal on the Asian Handicap where you can place half your stake on the Gunners with half a goal start and the other half on them with a one-goal start. It means you win the full bet if they draw or win, while you will get half your stake back if they lose by just one goal.