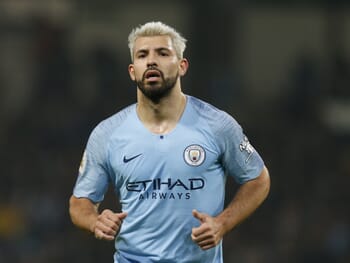 Manchester United have actually won at the Etihad Stadium this season in the Premier League although that was a rare high point during what has been a disappointing campaign under Ole Gunnar Solskjaer.

The Red Devils will have had high hopes of reaching the EFL Cup final a fortnight ago when clashing with their Manchester rivals, although things turned sour after trailing 3-0 at half-time and even a Marcus Rashford goal looks only like a consolation effort.

Solskjaer appears to be a dead man walking at Old Trafford and is currently trading as favourite on the Premier League Sack Race market, with the Norwegian having to operate without Rashford and there is no sign of incoming players during the transfer window.

United will have to come out and play in this clash if they’re to get back into the tie, although leaving yourself exposed against Manchester City at the Etihad Stadium is the act of a kamikaze pilot and we’re expecting the Citizens to go out and make hay.

While the home side don’t need to win this encounter, we can expect Pep Guardiola to field a typically strong team and make sure they get the job done, with the manager understanding the importance of kicking an opponent when they’re down – especially when it’s a big rival.

This is a competition where City are bidding to land a consecutive hat-trick of triumphs and the team have already racked up 31 goals in their 12 top-flight matches at the Etihad Stadium.

Ilkay Gundogan, Bernardo Silva and Sergio Aguero were among those players who were recently given a breather away to Sheffield United, while Phil Foden can stake his claim for more game time as City could threaten to run riot.