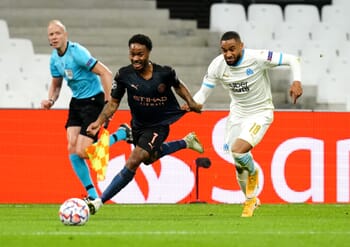 At the time of writing, Manchester City can still land a historic quadruple and the first piece of silverware can be secured on 25 April when Pep Guardiola’s side clash with Tottenham Hotspur at Wembley Stadium in the EFL Cup final.

As you might expect, the Citizens are big betting favourites to beat Spurs although they have lost to these opponents earlier this season and Jose Mourinho will hope to engineer some kind of victory to win some silverware for the outsiders.

There’s little reason to doubt a Manchester City team who have made a habit of winning this competition, with the north-west outfit bidding to secure the League Cup for the fourth consecutive season.

The team recently embarked on a twenty-one match winning run before being beaten by Manchester United and a six-match victory spin was ended by Leeds United, although we’re likely to see Kevin de Bruyne selected as part of the strongest possible 11.

Our prediction is that City should be among the goals although they will be up against a team who have dangerous attacking players of their own, with Harry Kane and Son Heung-Min among them.

Do Spurs Have a Chance of Winning EFL Cup Final?

Tottenham’s only hope of landing silverware is winning this competition and it’s clearly a tall order against difficult opponents, although Spurs do have match winners in the form of Harry Kane and Son Heung-Min, with the pair having saved the day for the north London side many a time.

Our betting tip is that the clash will be a high-scoring one and we’ll go for three or more goals to be scored during the ninety minutes, even if the majority of them might be scored by Manchester City.