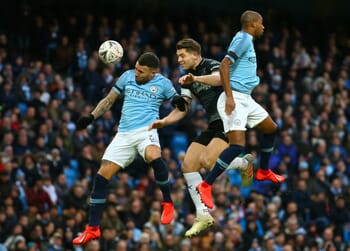 Manchester City are bidding for a consecutive hat-trick of EFL Cups after triumphing in this competition for the past two seasons and Pep Guardiola’s team have been handed a favourable draw for the latest stage of the competition when they travel to the Kassam Stadium.

The Citizens clash with a League One side who have already dumped West Ham out of the competition and Oxford thrashed the Hammers by a 4-0 scoreline which really kickstarted their season.

Karl Robinson’s side sit seventh in the table and they’re not a million miles away from the automatic promotion places, with the team having avoided defeat since 7 September when losing at Fleetwood.

At the time of writing, Oxford have kept four consecutive clean sheets, although the goals have also dried up for the U’s, with Shrewsbury coming away from the Kassam with a goalless draw.

Ultimately, the League One side don’t have anything to be gained by trying to keep things tight against a Manchester City side who are overwhelming favourites to win this match.

Much has been made of City’s meek Premier League title defence to date, although the north-west giant are still averaging two points per top flight match and they have scored 44 goals in 16 games.

Indeed, the visitors came from behind to win 4-1 at Dinamo Zagreb and this was a victory achieved without the likes of Raheem Sterling, Kevin de Bruyne and Sergio Aguero.

Guardiola has a big squad from which to select and we’ll take the team to win the game although fielding a reserve side could render them defensively profligate and we’re expecting Oxford to find the net at least once.