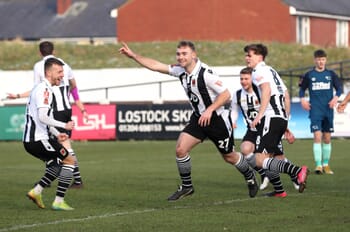 Chorley FC have somehow reached the fourth round of the FA Cup after claiming the scalps of Wigan Athletic, Peterborough United and Derby County. The National League North side now have a Premier League side coming to Victory Park and it’s an opportunity for them to pull off a proper giant-killing.

While the Magpies did plenty of celebrating after recently beating the Rams, they were actually sent off as betting favourites for that clash on the basis that the Championship side sent out an Under-23 side for the game. However, Wolverhampton Wanderers are likely to be close to full strength.

Wolves Could Prove Way Too Strong For Chorley

Our prediction is that Wolves can win this game by a big margin. Nuno Espirito Santo has seen his team hit the buffers in recent weeks and will be keen for a confidence-boosting win in the FA Cup to get things back on track.

A 3-2 home defeat against West Brom means that Wanderers are fourteenth in the Premier League table although they did overcome Crystal Palace in the FA Cup third round and are likely to outclass opponents who operate in the National League North.

Morgan Gibbs-White and Patrick Cutrone are among those players who might be given a chance to shine on Friday night, although Nuno might not take too many chances with team selection.

Chorley FC have done remarkably to reach this stage of the competition and won’t be expected to win, with the team made up of part-timers who took advantage of a weakened Derby side but will be facing Premier League players this time around.

It’s been a fabulous money-spinning run for the Lancashire side although our tip is for Wolves to win the game by a sizeable margin.