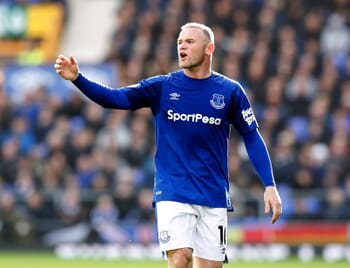 Wayne Rooney will take centre stage for Thursday night’s clash at Pride Park, with the former Manchester United and England captain lining up against the Red Devils in the FA Cup.

Rooney has proved to be a shrewd acquisition for Derby County and looks set to play in a deep-lying midfield position for this fifth round encounter, although it would be a surprise if the Rams managed to land a victory against their illustrious opponents.

Derby sit fourteenth in the Championship table at the time of writing, although their home form has been pretty strong and only two teams have left Pride Park with a victory this season.

Phillip Cocu’s side won at Crystal Palace before overcoming Northampton to reach this stage of the competition, with County one of the few teams in the Championship who effectively have little to play for domestically as we move into spring.

The biggest problem for Derby is that they’re conceding too many goals at the moment, with the team especially vulnerable from set pieces as was the case recently at Bristol City when their opponents had so much joy from an aerial point-of-view.

However, players like Tom Lawrence, Max Bird and Rooney himself are capable of raising their game for the big occasion and they might be facing a Manchester United team who are feeling the pinch right now.

The Red Devils are involved in several competitions and they will play this game in between a trip to Goodison Park and a Manchester derby at Old Trafford. There would also have been a Europa League clash against FC Brugge seven days earlier.

While United look determined to take this competition seriously (having fielded a strong team at Tranmere in the last round), Ole Gunnar Solskjaer will surely have to rest some of his squad members and that’s why we’re getting with the Rams on the Asian Handicap.

We can see Derby being competitive over the ninety minutes and you can get with them with a +1.5 goal start which gives you a bit of breathing space against a team who might be disjointed.