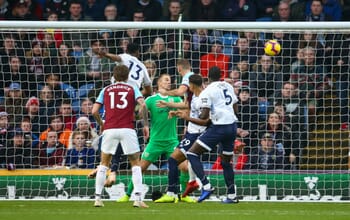 Carlo Ancelotti has clearly made a big difference to Everton since taking charge and it’s something of a coup for the Merseyside club to have acquired the Italian’s services considering his excellent track record.

Ancelotti has been tasked with restoring the Toffees to a top six side and the early signs have been encouraging, with the former Napoli coach tightening up the team’s defence and that was in evidence when narrowly losing 2-1 away to Manchester City.

Everton now make the short journey to Anfield in the FA Cup hoping to make progress in this competition at the expense of their high-flying rivals, although Liverpool are unlikely to regard this competition as much of a priority.

After all, Jurgen Klopp’s side are desperate to lift the Premier League title. Despite the fact that they are storming clear at the top of the table, the German won’t want to take any risks with team selection straight after a busy Christmas schedule.

Therefore, we might see the Liverpool second string out for this clash and perhaps we might see Everton give a better account of themselves compared to the recent derby at Anfield where they were trounced 5-2.

This could be an opportunity for Ancelotti to win some silverware and Everton will be backed by an army of supporters for this clash, with Richarlison and Dominic Calvert-Lewin looking bright for the Toffees.

We’re going to plump for the visitors on the Asian Handicap market with a one-goal advantage which means that you will get money back if the visitors lose by a single goal and profit if they avoid defeat.

We just feel as though Klopp’s attitude to this competition will be similar to the EFL Cup and therefore we could see some young faces fielded considering that Liverpool have to play their Premier League game in hand later in the month.