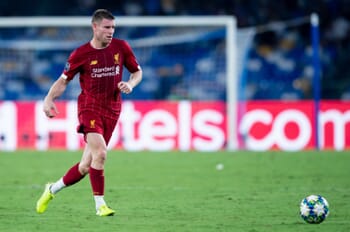 Jurgen Klopp saw his Liverpool team relinquish a two-goal lead at the New Meadow in the fourth round of the FA Cup, something that means that Shrewsbury Town have earned a replay at Anfield in the competition.

The League One side will now earn a substantial amount of money and they also have the opportunity to pull off a giant-killing of sorts, especially in light of Klopp announcing that he’s likely to field the Under-23 team for this clash.

The Liverpool team that take to the field will closely resemble the Starting 11 that took to the field at Villa Park in the EFL Cup in December while the first team squad were competing in the Club World Championship at the same time.

On that occasion, the Reds were trounced 5-0 by Aston Villa although there will still be some talented youngsters on display and the fact that they’ll be buoyed on by a home crowd should count for something.

As for the Shrews, they have won just three of their fourteen away matches in League One this season and Sam Ricketts’ side have been in the lower reaches of the division for most of the campaign.

While thousands of Town supporters will make the trip to Anfield for this clash, the bottom line is that the Shropshire side have only won one of their previous nine clashes and that was against Bristol City in the previous round of the competition.

The bookmakers have gotten wind of the fact that Liverpool will field an inexperienced side and priced up the match as a competitive one, although we still can’t pass up the chance to back the Merseyside team at 13/10.

Pedro Chirivella started the original tie and is likely to be joined by Ki-Jana Hoever and Harvey Elliott, with the sixteen-year-old having actually made a Premier League appearance at Sheffield United this season.