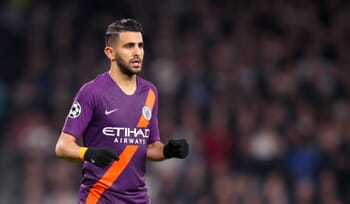 Manchester City won the FA Cup last season by fielding a weakened team for most of the competition and it’s eminently possible that they could do the same thing considering they are being handed favourable opponents once again.

Pep Guardiola’s side comfortably beat Port Vale in the previous round and look likely to do the same thing against a Fulham team who harbour serious aspirations of returning to the Premier League come the end of the season.

Scott Parker will acknowledge that the Cottagers have reached the end of the road in this competition, while the Championship side were recently handed a blow after Aleksandar Mitrovic was ruled out for several weeks with an ankle injury.

Fulham did beat Aston Villa in the previous round although the visitors were predictably not at full strength, with the Manchester City second string far more formidable and we’re likely to see several recognisable names in the team.

Kyle Walker, Nicolas Otamendi, Rodri, Phil Foden, Gabriel Jesus and Riyad Mahrez were all on the bench for the recent 2-2 clash against Crystal Palace, with Guardiola boasting an elegance of riches at the Etihad Stadium.

We also got to see Taylor Harwood-Bellis in the previous round of the competition, with teenager Tommy Doyle also part of proceedings last time around although these are stars of the future.

We think that Manchester City could win by a comfortable margin and backing the current champions of England with a -2 handicap looks to be a fairly safe bet considering that they only need to win by two goals in order to get our money back.

Fulham will have played at Charlton a few days earlier and the fact that the Cottagers are four points behind second-placed Leeds in the Championship will provide extra motivation to sacrifice this competition.