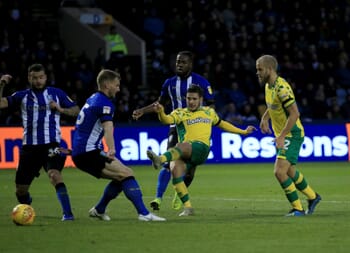 Sheffield Wednesday are a mid-table Championship club whose form has dipped over the past few weeks, although the players will be ready for the big occasion when the team host Manchester City in the FA Cup.

Garry Monk’s side won at Brighton before landing the spoils at QPR and they’ll be hoping to give a good account of themselves in front of the BBC cameras, with this fixture coming at a good time as far as facing City is concerned.

Pep Guardiola’s side have a lot of fixture obligations at the moment. They will have played Real Madrid in the Champions League a week earlier, will then have the EFL Cup final against Aston Villa before this match comes ahead of a Manchester derby at Old Trafford.

Needless to say, the Citizens won’t be at full strength for this clash and there’s a case for getting with the Owls on the Asian Handicap market, with our preference being to take the home side with 2.5 goals so that they have a decent cushion.

There’s always a danger getting against City on a market like this considering that they can rack up goals quickly, although the current holders could be feeling the pinch after recent exertions and we’re certain that key players will be given the night off.

This fixture reminds us of when City faced Swansea last season in the FA Cup and managed to claw their way back from 2-0 down to win the game at the Liberty Stadium, with Guardiola likely to have danger men on the bench should the team run into trouble.

Wednesday will certainly have to run a tighter ship than they have for the past few matches, with the Yorkshire side playing out a 3-3 draw at Birmingham City after losing 3-0 at home to Reading.

The home side have kept just one clean sheet in the past eight encounters although the players might relish some escapism from the rigours of the Championship and there will be no pressure on them to get a result against illustrious opponents.