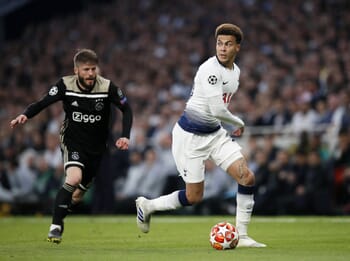 Southampton have emerged out of the Premier League relegation zone in recent weeks, although the majority of bright performances have come away from St Mary’s rather than on home soil.

The Saints have registered victories at Aston Villa, Chelsea and Leicester in recent weeks to pull clear of the drop zone, although they recently tossed a two-goal lead away against Wolves and will come up against a team who seem to be taking the competition seriously.

While Tottenham needed a replay to overcome Middlesbrough in the previous round of the FA Cup, it was noticeable that Jose Mourinho fielded a strong team for both games and the Portuguese continues to value silverware as highly as he has done at previous clubs.

This game comes hard on the heels of a midweek programme and team news will clearly play a part ahead of the match, although Ralph Hasenhuttl’s side are still only a handful of points clear of trouble and the temptation might be to give certain players a breather.

That was certainly the case against Huddersfield in the previous round, while Southampton’s first team have lost seven of their twelve encounters on home soil.

Spurs’ win rate under Mourinho hasn’t been especially good and the team did lose 1-0 at St Mary’s recently in the Premier League although we’re going to plump for the visitors to get things right in this cup tie.

Giovani Lo Celso and Japhet Tanganga have broken into the first team recently, with Spurs recently registering five shots on target to Watford’s two at Vicarage Road and the Hornets are one of the most in-form teams in the division.

We like the idea of backing Tottenham on the Asian Handicap market which means money back if the game ends level and a profit if the London side come through with the spoils.