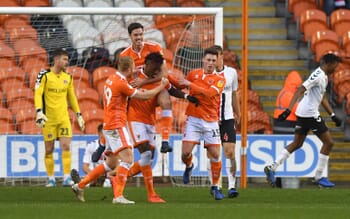 Oxford United have been the great entertainers of EFL League One this season and they swept into the play-offs right at the death by thrashing Burton Albion by a 4-0 scoreline in the final game of the normal season.

The U’s left it late to mount a promotion challenge and it started with a 6-0 victory at Crewe on 10 April which kickstarted a run of six wins in seven matches, with Karl Robinson’s team scoring an unbelievable twenty-four goals in those clashes.

Can Oxford Keep their Winning Feeling Going in Play-Offs?

Robinson will want his team to continue playing that attacking brand of football, with Oxford strong betting favourites to win this first leg encounter, with Matty Taylor having returned to the goal trail and the forward finished the regular campaign with eighteen goals on the board.

Olamide Shodipo has been a shining light on a loan spell at QPR and the home side will be looking for some moments of magic at the Kassam Stadium, with our prediction being that Oxford should be able to find the net although the big question is whether they can keep Blackpool at bay.

Back Blackpool to Score Against Oxford in Play-Off First Leg

Blackpool are faring very well under Neil Critchley who previously worked with Jurgen Klopp at Liverpool, with the Tangerines having finished third in the League One table and they signed off for the domestic season with four consecutive wins.

Even more so, the Lancashire side achieved these victories without conceding and Jerry Yates’ brace at Northampton means that the forward has twenty-two goals and the home side will look to meet fire with fire.

While many play-off first leg encounters end up being tight and low-scoring, we are going to plump for both teams finding the net in this one and it wouldn’t be a surprise if the net bulged several times over.