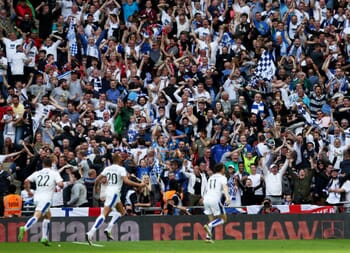 Tranmere Rovers will go into the League Two play-offs without Keith Hill at the helm after the Wirral club decided to part company with a spiky manager who had seemingly lost the dressing room based on the past few performances which had seen the Whites limp to a top seven spot.

Hill initially enjoyed plenty of success after replacing Mike Jackson and propelled Rovers towards the automatic promotion spots, although a combination of factors including an injury to James Vaughan has seen the team struggle to create chances and score goals.

Tranmere Look a Good Bet Under Dawes and Parky

The situation at Prenton Park has changed irrevocably since owner Mark Palios decided to pull the plug on Hill’s toxic regime, with Iain Dawes and Andy Parkinson now tasked with taking the first team and they have previously gotten a massive tune out of this group of players. It’s our prediction that they can help the team establish a first leg advantage.

The duo oversaw a clutch of bright performances including a brilliant display at Port Vale which saw Tranmere come back from the brink to win 4-3, with the management team likely to get the best out of quality attacking players such as Vaughan, Kaiyne Woolery, Otis Khan and Corey Blackett-Taylor.

Derek Adams nearly steered Morecambe to a top three finish this season and the Scot has done a magnificent job on a modest budget, with the Shrimps having enjoyed five wins in their previous six matches which helped them push Bolton all the way.

Our betting tip would have been for the visitors if Hill hadn’t been removed at Tranmere although they will not have appreciated the break in play which has given their opponents a chance to restock on their options.