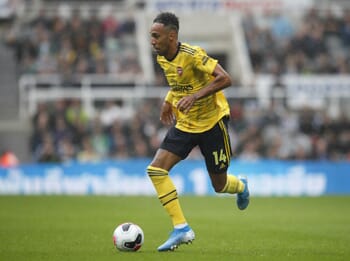 When you’re betting on football matches, it sometimes pays to keep things simple and we’re going to back Arsenal to win Sunday’s televised clash which presents us with an opportunity to double our money on the game.

Mikel Arteta was linked with the vacant positions at the Emirates Stadium and Goodison Park a few months ago before the Spaniard took the former role and he watched his side record an emphatic 4-0 victory last weekend when putting Newcastle United to the sword.

While that was only Arsenal’s fifth home win of the season, it was especially encouraging to see Nicolas Pepe play a starring role and the team are now eight games unbeaten in all competitions, with Pierre-Emerick Aubameyang continuing to prove that he’s one of the sharpest forwards in England.

Everton have picked up under Carlo Ancelotti and there’s an outside chance that they can also compete for a Champions League place this season although the Toffees have lost seven times on the road this season.

Indeed, despite all the excitement surrounding that fabulous 3-2 win at Watford, the bottom line is that the Merseyside team were 2-0 down shortly before half-time before two Yerry Mina headers brought them level at Vicarage Road.

Since beating Brighton 1-0, Everton have not kept a clean sheet and that includes shipping two injury-time goals to Newcastle United, with Arsenal sure to pose problems for their opponents.

Pepe has taken a while to click into gear as a young forward arriving in England, although he is now starting to demonstrate why the club made such a big investment to land his services.

Arteta’s first priority was to make the team hard to beat and it appears that David Luiz and Shkodran Mustafi are forming a solid rearguard in front of Bernd Leno, while the Gunners achieved seven shots on target compared to Newcastle’s two in the previous match.

When is Arsenal vs Everton being played?

Arsenal vs Everton will be played at 16:30 GMT on Sunday 23 February 2020 at Emirates Stadium.

What is the Arsenal vs Everton H2H record?