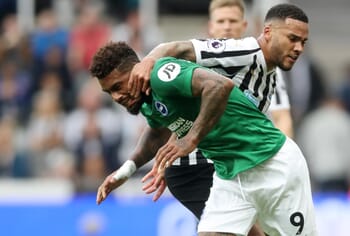 Newcastle United supporters have recently joked that their team are enjoying the “worst unbeaten run” considering that the Magpies haven’t lost for eight matches although only two of those games have ended in actual victory.

The run started with a 1-1 draw at Rochdale and also included a goalless draw against Oxford, although there were some bright moments which featured an amazing injury-time comeback to land a point at Goodison Park.

Newcastle have also beaten Chelsea along the way and perhaps they can give a good account of themselves at the Emirates Stadium on Sunday, with several key players having returned from injury including Jamaal Lascelles and Allan Saint-Maximin.

Lascelles is probably the best defender for the north-east side and will marshal affairs from deep, while Saint-Maximin is an exciting attacking player who could be lively on the break against an Arsenal team carrying all the expectations of their supporters.

The Gunners are ridiculously short to win this game considering they are actually level on points with their opponents at the moment, with Arsenal having only won four of their twelve matches at the Emirates this term.

The team looked to be on the rise when beating Manchester United in early January, although they have failed to win any of their ensuring four top flight games and were held to a 1-1 draw against Sheffield United along the way.

Arteta is clearly making the team harder to beat but his pragmatic approach isn’t yielding many goals and it’s possible that it could be another frustrating afternoon for supporters who have given up hope of a top four finish this season.

Yes, the presence of players such as Pierre-Emerick Aubameyang and Gabriel Martinelli could see the Gunners cut through their opponents here, although Newcastle are capable of keeping the game tight enough to win with this bet.

When is Arsenal vs Newcastle being played?

Arsenal vs Newcastle will be played at 16:30 GMT on Sunday 16 February 2020 at Emirates Stadium.

What is the Arsenal vs Newcastle H2H record?