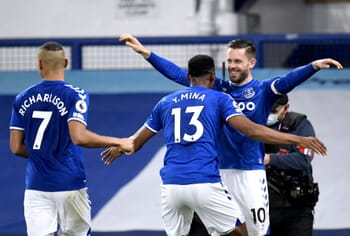 Arsenal are among the clubs who are going to be part of a proposed European Super League although their 2020/21 season doesn’t exactly scream that they’re among the elite clubs on the continent and our prediction is that they might struggle to break down Everton in this Premier League encounter.

The Gunners needed an injury-time equaliser to salvage a point against Fulham and Mikel Arteta’s side are also focused on a forthcoming Europa League clash against Villarreal for the chance to win some silverware on the continent this season.

Arsenal Too Short in the Betting Against Toffees

We refuse to back Arsenal at odds-on for these sort of tricky encounters, with the Gunners having won just six of their sixteen games at the Emirates Stadium this term and Arteta has continually struggled to get the right blend of players to win football matches on a consistent basis.

Bukayo Saka and Emil Smith Rowe have been two of the shining lights this term, although the north London side have often been suspect from a defensive point-of-view, while Pierre-Emerick Aubameyang missed the previous game with illness and there aren’t a huge amount of goals within the team right now.

The Toffees are another difficult team to predict although they played their part in an entertaining 2-2 draw against Tottenham in their last outing and will hope to have Dominic Calvert-Lewin back in the fold for this contest.

The Merseyside team will look to finish the campaign strongly and it should be noted that they have avoided defeat in twelve of their fifteen away matches this term, with the team having drawn their last three encounters and they have something close to their first-choice selection available.