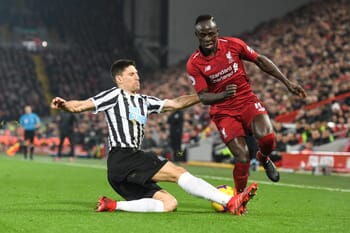 Betting on Liverpool matches has turned into something of a straightforward process. The Reds are winning virtually every game they play, with Jurgen Klopp’s side having now triumphed in fourteen of the past fifteen encounters and they’re firmly on course to land the Premier League title.

However, it’s also worth noticing that the Merseyside team are also conceding in virtually every game, with Everton managing to notch two goals at Anfield on Wednesday night although that paled into insignificance considering that Liverpool managed five.

The last seven Premier League victories that the Reds have enjoyed have also seen the opposition find the net at least once and it’s clear that the champions-elect care little about recording clean sheets when they’re busy making hay at the other end.

Klopp was actually able to rest several star players during the week, with Mohamed Salah an unused substitute and there was only a cameo role for Roberto Firmino. It’s possible that the manager might persist with the impressive Divock Origi considering that there’s a crunch Champions League clash with Red Bull Salzburg in a few days’ time.

As for Bournemouth, it could be a winter of struggle for the Cherries who have lost four consecutive matches and find themselves just two points above the relegation zone.

Eddie Howe must quickly try to arrest this slump although they have only won two of their seven matches at the Vitality Stadium this season and they won’t be able to call on the services of Harry Wilson who is on loan from Liverpool.

Bournemouth have found the net in four of their previous five matches although they simply don’t look good enough to overcome Liverpool at this point in time, so we’ll stick with the tried and trusted bet at a fancy price.

When is Bournemouth vs Liverpool being played?

Bournemouth vs Liverpool will be played at 15:00 GMT on Saturday 7 December 2019 at Dean Court.

What is the Bournemouth vs Liverpool H2H record?