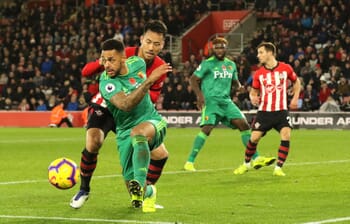 One of these teams are sinking like a stone and the other are brimming with confidence, yet you can get a decent price about Watford winning at the Vitality Stadium on 12 January.

On first glance, one victory on the road all season along with six defeats doesn’t make for pretty reading for the Hornets, although the bottom line is that Nigel Pearson’s side have secured three wins and a draw from their last four matches.

The visitors gave a good account of themselves when losing 2-0 at Anfield and also drew 1-1 at Sheffield United, while they have recorded a maximum nine points from matches against Manchester United, Aston Villa and Wolves.

Pearson has clearly had a big impact at Vicarage Road and we’d be surprised if Watford lost against a Bournemouth side who are falling short in their quest to remain a top flight entity.

The Cherries dropped into the bottom three after the previous round of Premier League fixtures and they were roundly thrashed by a West Ham side who couldn’t previously buy a win.

Eddie Howe might well be utilising the January transfer window to bolster an ailing squad, with the Dorset club having won just two of their ten home matches this season and struggling badly for goals.

Bournemouth have lost eight of their previous ten matches and just two goals have been scored in their past seven which is a big indictment on how the season is panning out right now.

Callum Wilson and Dominic Solanke drew another blank each at the London Stadium, with Ryan Fraser and Junior Stanislas in contention to come back into the first team although confidence is at an all time low.

We think Watford at odds-against on the Asian Handicap market is the right way forward, with everything suddenly clicking into gear for the team and it’s no coincidence that Troy Deeney’s return has helped them enjoy a new lease of life.

When is Bournemouth vs Watford being played?

What is the Bournemouth vs Watford H2H record?