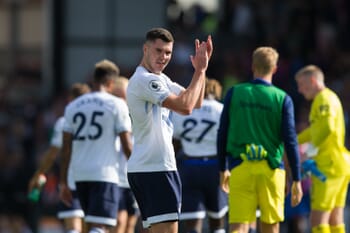 We are really surprised to see Chelsea continue to trade at short prices to win matches at Stamford Bridge, with Frank Lampard’s team far from convincing in front of their own supporters.

The London outfit have won just six of their fourteen home encounters, with the team often reserving their most convincing performances for away games and the Blues are noticeably low-scoring at the Bridge with just eighteen goals scored.

While Chelsea did deservedly beat Tottenham at home recently, that is their only victory in the past five games played and there was that horror show against Bayern Munich in the Champions League where the German side ran riot and won 3-0.

Tammy Abraham and N’Golo Kante continue to be sidelined through injury and the defence hasn’t kept a clean sheet in the past eight encounters, with Marcos Alonso bagging a recent brace to earn a point at Bournemouth although Chelsea weren’t able to make superiority possession count.

Everton look like tricky customers after serving it up to Arsenal at the Emirates Stadium before a 1-1 draw against Manchester United and the big issue is trusting the Toffees when their defence seems so profligate.

Jordan Pickford has been under the microscope after a string of unconvincing performances, although Dominic Calvert-Lewin and Richarlison are both looking dangerous with the former having scored in five of his previous six matches.

Andre Gomes returning to the centre of midfield is a big plus, with Michael Keane and Mason Holgate tasked with the responsibility of keeping things tight at the back.

We think the most obvious way to play this match is through the Asian Handicap market and we can’t resist the opportunity to get with Everton with a one-goal start.

That means that a one-goal defeat for the visitors would still mean money back and Chelsea have only landed a two-goal margin of victory in three matches this term.

When is Chelsea vs Everton being played?

What is the Chelsea vs Everton H2H record?