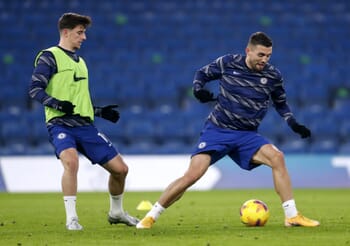 Chelsea are into the 2021 Champions League final and they will now focus on ensuring that they qualify for next season’s competition whether they beat Manchester City or not in Istanbul, with the Blues strong betting favourites to overcome Arsenal at Stamford Bridge.

Thomas Tuchel has enough quality within his squad to cope with the hectic fixture schedule, while the Gunners have the potential to meekly surrender in a clash such as this one, especially as they failed to rally against Villarreal in the Europa League semi-finals.

Are Chelsea a Betting Banker to Beat Gunners?

Chelsea are firmly on course to land a Premier League top four spot and our betting tip is to keep things simple and back the home side to record a victory which will keep them on course for the Champions League next term.

Tuchel has transformed the fortunes of the Blues and it appears that Chelsea are practically on a par with Manchester City in terms of performance level, with the 3-4-3 formation working a treat and the home side have achieved eighteen clean sheets in twenty-four matches.

Can Arsenal Finish the Season Strongly?

Our prediction for Arsenal to lose this clash is partially down to the fact that they have little to play for and it might be that certain players are short of motivation, with some of the squad likely to leave at the Emirates Stadium.

Arteta might well part company with the Gunners at the end of the season and it’s hard to see how they approach this game. A defensive approach will surely see them get picked off, while an attacking approach could see Chelsea exploit them on the counter-attack.

Expect this to be a comfortable home win and Chelsea might be a good football accumulator pick at the prices.