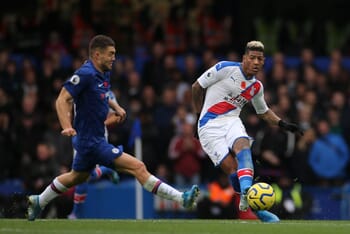 Frank Lampard must be thanking his lucky stars that Leicester City’s form continues to be so flimsy, with Chelsea’s 3-0 defeat at Sheffield United followed by the Foxes losing 4-1 at Bournemouth where the Midlands team had a second-half collapse.

Our betting tip is that the London side could by a four or five-goal margin, with the Canaries having lost thirteen of their seventeen matches on the road this season and Farke might even field an experimental line-up following that weekend humbling against a West Ham side who aren’t safe from the drop.

It means that the Blues are still in control of their own destiny as far as a top-four finish in the Premier League is concerned and this match against Norwich City looks an absolute gimme considering that the Canaries were relegated from the top flight on Saturday.

Daniel Farke’s side went down without a whimper after losing 4-0 at home to West Ham, with the Hammers attacking at will at Carrow Road and we could see Chelsea conjuring a similar number of chances in their quest to rack up the goals.

Chelsea generally don’t have a problem despite drawing a blank at Bramall Lane, with Tammy Abraham and Olivier Giroud vying for the central striking role, while Callum Hudson-Odoi and Ruben Loftus-Cheek could both earn starts as the manager looks to make changes following that bad result in Yorkshire.

Chelsea had previously put three past Crystal Palace and Watford, so we’re happy to tip them at odds-against to overcome Norwich by a three-goal margin or bigger. The visitors have no motivation between now and the remainder of the season and our prediction is that they'll be completely overrun in this game.

When is Chelsea vs Norwich being played?

What is the Chelsea vs Norwich H2H record?