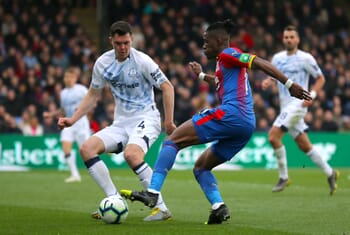 Crystal Palace have beaten Leicester on the previous four occasions that the teams have met and we’re surprised that the Eagles are such a big price to win Sunday’s clash.

Roy Hodgson’s team landed a 1-0 win over the Foxes in this fixture last season before triumphing by a 4-1 scoreline, with Palace sitting sixth in the table after a solid start which has seen them accrue fifteen points from ten games played.

The south London side came back from two goals down at the Emirates to draw the game last weekend, with Wilfried Zaha tormenting the Arsenal defence and there was another goal for the rejuvenated Jordan Ayew.

The striker now has four goals on the board, while Gary Cahill is proving to be a reassuring presence in central defence and the spine of the team is supplemented by having Luka Milivojevic and Cheikhou Kouyate in the engine room.

We can see why Leicester are regarded as favourites for this clash and there was everything to like about their 9-0 win at St Mary’s although they took advantage of a Southampton side who were reduced to ten men early in the game.

City have actually only won one other away match this season which came at Bramall Lane, with Brendan Rodgers’ not yet the sort of team who are banker material to claim maximum hauls at places like Selhurst Park.

We have to admit that Leicester are purring although a point wouldn’t be a bad outcome for either side and we can get a decent price about Palace with half a goal start.

That means a winning bet if the game finishes all square or a Palace win, something that has happened on the past four occasions that the teams have played.

When is Crystal Palace vs Leicester being played?

Crystal Palace vs Leicester will be played at 14:00 GMT on Sunday 3 November 2019 at Selhurst Park.

What is the Crystal Palace vs Leicester H2H record?