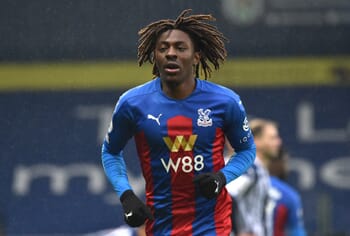 Chelsea were looking impregnable under Thomas Tuchel until they were reduced to ten men against West Brom last weekend and the Blues then proceeded to concede five times against a team who haven’t looked good enough to be a Premier League side this season.

The London side have a Champions League date against Porto during the week before heading to Selhurst Park and our tip is that Chelsea will look to return to basics when clashing with a Crystal Palace side who will have had more prep time for this clash.

The Eagles have racked up enough points to stay afloat in the top flight although Roy Hodgson’s team seem committed to ending the season strongly and our prediction is that they can run a tight ship in this London derby as they did at Goodison Park on Monday.

The home side were able to score a late equaliser against Everton and four of their previous five encounters have featured two goals or less, with the only aberration being a 4-1 defeat at Tottenham and Cheikhou Kouyate looks to form a solid defensive wall with Tim Cahill.

Can Blues Bounce Back From Baggies Blunder?

Chelsea were looking watertight under Thomas Tuchel and firmly on course for a top four spot under the German although the Thiago Silva red card triggered an almighty defensive collapse and it will be interesting to see the performance this time around.

There have been rumours of a training ground bust-up between Kepa and Antonio Rudiger and it could be a typically Chelsea situation to find the players at odds with each other at the worst possible point in the season.

We’re going to bet on Under 2.5 Goals on the basis that both teams will look to be stubborn at the back and that means we want two goals or less to be scored.