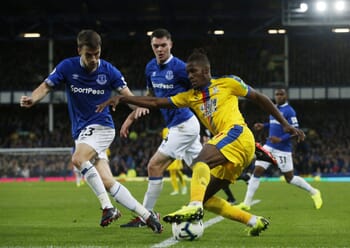 The odds now suggest that Duncan Ferguson has got an excellent chance of actually becoming the permanent successor to Marco Silva at Everton FC, with the Scot having engineered a 3-1 win over Chelsea before seeing his Toffees team draw 1-1 at Old Trafford.

Ferguson wears his heart on his sleeve and is adored by the supporters, with Arsenal visiting Goodison Park on Saturday and we’re sure to see a packed stadium hoping to see the Everton renaissance continue.

There’s a strong case for a home win considering that the players are clearly responding to the caretaker manager, with Dominic Calvert-Lewin looking to build on those two goals scored a fortnight ago, while Richarlison has also been looking lively in recent weeks.

Since losing at home to Norwich, Everton have actually scored seven times against four fairly tricky opponents and they are also looking defensively sound in part due to having Tom Davies in the engine room with Alex Iwobi.

The Merseyside team will face an Arsenal side who don’t look at all convincing under Freddie Ljungberg, another caretaker manager who appears to have much less chance of securing a permanent contract for this role.

While Manchester City enjoy a number of emphatic wins on the road, the way in which they were able to cut through the Gunners in the first half was massively worrying and we’re not expecting their rearguard to be particularly strong here.

Arsenal have only won two of their eight matches on the road this term and they weren’t particularly convincing at West Ham recently when triumphing 3-1.

While Pierre-Emerick Aubameyang continues to be rich source of goals, the way in which the team defend is highly questionable and they have shipped sixteen goals in their previous nine games.

We’re going to plump for a home win which will continue to brighten the mood of Everton supporters and a victory would actually move them to within one point of their opponents.

When is Everton vs Arsenal being played?

What is the Everton vs Arsenal H2H record?