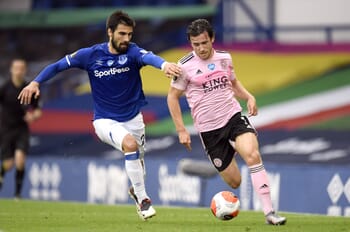 Bournemouth have been part of the Premier League set-up since the 2015/16 season, although it appears that the Cherries are going to be playing Championship football next term.

Eddie Howe’s side need to win at Goodison Park and hope that both Aston Villa and Watford experience defeat in their respective matches. A look at the relegation betting market indicates that this is massively unlikely to happen.

Bournemouth need to go for the victory and our prediction is that this will lead to them taking an attacking approach against an Everton side who have been largely serving up humdrum performances since lockdown.

The Toffees would not usually be a good betting tip for a match involving three goals or more, although Carlo Ancelotti’s side might be granted more freedom than usual and that could play into their hands considering that Richarlison and Dominic Calvert-Lewin are both speed merchants.

Calvert-Lewin will want to use this match as an opportunity to sign off with a goal considering that the young striker has failed to hit the target since a 1-1 draw against Manchester United on 1 March.

As for Bournemouth, they have developed a reputation for playing vibrant attacking football and Howe will want to see this ethos in evidence on Sunday when they head to Merseyside.

While the Dorset club have been found wanting this season, they did score four goals against Leicester City recently and the front pair of Callum Wilson and Josh King are still capable of causing problems.

Therefore, we might see a lively high-scoring clash or alternatively a convincing Everton win against a Bournemouth side who are defensively profligate even when they’re not getting on the front foot in games.