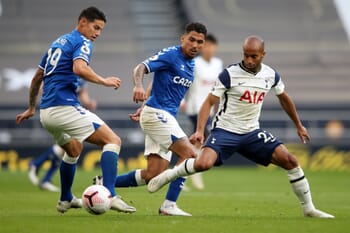 While Everton and West Brom have only played one Premier League match thus far, it would appear that the Toffees look set to improve on last season’s poor effort, while the Baggies gave little impression that they are likely to remain in the English top flight for longer than a season.

Why West Brom Are a Good Bet to Go Down

Our prediction is that Slaven Bilic’s side are going to return to the Championship this season and they’ve shown little in the way of ambition when it comes to strengthening the squad. While they signed Callum Robinson from Sheffield United, this is hardly a statement signing who is going to deliver goals.

Jake Livermore and Romaine Sawyers might have thrived last season although they struggled in front of a back five against Leicester City and we’re tipping them to be a bottom three side considering that the vast majority of EPL sides are going to accumulate more points.

Everton boasted a new-look midfield at White Hart Lane and there was everything to like about the performance of Allan in the middle of the park, while James Rodriguez displayed some bright moments and Abdoulaye Doucoure has quickly gotten up to speed after his £20 million arrival from Watford.

Last season, there was too much reliance on Richarlison and Dominic Calvert-Lewin to provide goals and creativity, although the pair now have some excellent midfielders functioning behind them and the defence looks watertight too.

Michael Keane and Yerry Mina appear to be the first-choice central defensive pairing and Jordan Pickford produced an impressive performance between the sticks to bat away everything that Tottenham threw at him.

Therefore, we will keep the bet simple and punt on Everton to get over the line in this clash, with the supporters already dreaming of a top six finish this term.

When is Everton vs West Brom being played?

What is the Everton vs West Brom H2H record?