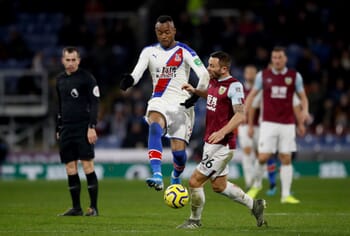 Fulham are desperately close to being relegated from the Premier League this season and this could be where they lose their top-flight status, with Scott Parker’s side effectively needing to beat Burnley to stand any chance of survival.

The bottom line is that Fulham have won just five of their thirty-four top-flight matches this season and it’s therefore easy to oppose the London outfit irrespective of the fact that their situation has become desperate, with the Cottagers having won just two of their seventeen clashes on home soil.

Parker has kept his head held high and has actually been linked with the vacant position at Tottenham Hotspur, although it remains to be seen whether Spurs would take a punt on someone with such limited managerial experience and it should be noted it has been five defeats and a draw in the past six encounters.

Burnley Look a Good Bet to Secure Another Away Win

Sean Dyche’s side have averaged little more than a point per game this season although Burnley are set to survive in the Premier League after a difficult campaign which saw the Lancashire side in the bottom three during the early months.

Burnley have actually been involved in plenty of high-scoring matches in recent weeks and they have regularly relinquished early leads, although a 4-0 triumph at Wolves was a big boost to their survival hopes and they have enough quality for us to tip an away win on the Asian Handicap.

Get the best Fulham vs Burnley betting tips after checking out the team lineups for each side. Check out our expert football tip before visiting your bookmaker.

The betting tips for Fulham vs Burnley are available and you can access the latest injury news before deciding which way to place your bets on the game.

Once you have looked at the latest Premier League tables and standings, you can then get free Fulham vs Burnley betting tips from our experienced team. Find out what we’re backing.

Find out the latest head to head record ahead of the Fulham vs Burnley match before following our free football betting tips and picks for the game.