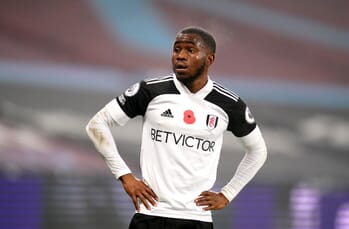 We’re really surprised to see Fulham trading at such a big betting price to defeat Everton this coming weekend, with the Cottagers having really improved since the early games of the season where they looked out of their depth.

Scott Parker has really galvanised his squad and recent performances have seen the London side beat West Brom at Craven Cottage before narrowly getting beaten away to West Ham where they were a missed penalty away from landing a point.

Bet on Fulham to Run Toffees Close at Craven Cottage

Our prediction is that Fulham will make this match a lot closer than the odds suggest, with the team now out of the relegation zone and looking at this game as an opportunity to move in an upwards trajectory when it comes to the Premier League table.

You could do worse than take a punt on the Cottagers to win the game on the Full-Time Result betting market, although our tip is instead going to be to get with Fulham with a +0.5 goal advantage on the Asian Handicap line.

We’re playing it relatively safe by taking this pick, although it means that we will only lose this bet if Everton win the match and there isn’t a huge amount of evidence that the Toffees are capable of doing this.

Everton Have Lost Three Games in a Row

Indeed, Carlo Ancelotti’s side lost their final three Premier League games before the international break and the Merseyside team are sinking down the division and it’s now been seven goals conceded in the past three matches.

Yes, there have been players missing, most notably James Rodriguez and Richarlison, although the defence has been porous for the majority of the campaign and Fulham might have some joy of their own even if a clean sheet might be too much to ask.

We really feel as though the betting odds should be a lot closer between the two teams and for that reason, we can get ourselves plenty of insurance by backing Fulham with a 0.5-goal start, something that will yield a dividend if Everton fail to win this match.