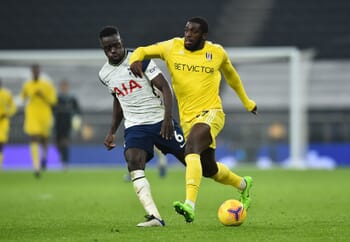 Wolverhampton Wanderers are in danger of being sucked into an unlikely relegation battle and there will be cause for concern at the way that they couldn’t deal with an early West Ham onslaught on Easter Monday which saw the Midlands side quickly trail 3-0.

Our betting tip is that Wolves will struggle at Craven Cottage on Friday night, with Nuno Espirito Santo not having long to pick his team up and aim to rally the troops, although it appears that Fulham could be worth chancing on the Asian Handicap betting market for this one.

Where Has it Gone Wrong For Wolves This Season?

After sixth and seventh-placed finishes for Wolves in the past two campaigns, it’s been a difficult campaign for a team who have been without star striker Raul Jimenez for the past few months and the side were clearly reliant on the Mexican to plunder goals on a regular basis.

Willian Jose has not been able to find the net since arriving from Real Sociedad, while the defence has been creaking all too often and there’s a strong case for rebuilding a Wolves squad which appears to have now become stagnant.

Can Fulham Still Escape from the Premier League Drop Zone?

Scott Parker will have been dismayed at the way his Fulham side unravelled after taking the lead at Villa Park on Sunday, with defensive errors leading to a 3-1 defeat and the London side can ill-afford any more slip-ups if they’re to stay in the top flight this season.

Our prediction is that they can take at least a point against opponents who are short of confidence although we recommend betting them off scratch so that you can get money back should the game end all square between these sides.

When is Fulham vs Wolverhampton being played?

Fulham vs Wolverhampton will be played at 20:00 GMT on Friday 9 April 2021 at Craven Cottage.

What is the Fulham vs Wolverhampton H2H record?