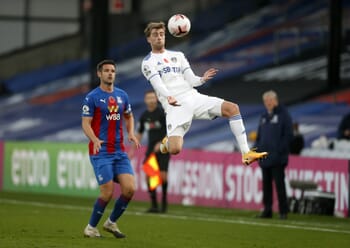 On the one hand, the fact that Leeds United are seven points clear of the Premier League relegation zone after eight games played can be regarded as a big success, with the Whites having earned ten points since their return to the top flight.

However, Marcelo Bielsa’s team had achieved that tally two games ago before suffering heavy defeats against Leicester City and Crystal Palace, the latter of which seeing them sent off as betting favourites only for the Eagles to run riot.

Bet on Leeds to Bounce Back Against Arsenal

Our prediction is that Leeds will put up a much better fight of things against the Gunners in their first match after the international break, with several squad members having remained in England which might give them a small advantage over their opponents.

The home side seem to reserve some of their better performances against the leading teams, with Patrick Bamford deserving respect for the fact that he’s scored seven goals this season and there will surely be focus on making the defence tighter.

Leeds did earn a 3-0 victory away to Aston Villa to demonstrate that they can produce high quality performances and they’ll be up against an Arsenal side who are very much blowing hot and cold this season.

We’re fairly confident with our Leeds tip given that we’re advising to bet on them with half a goal start on the Asian Handicap betting market. It means that the Yorkshire side simply need to avoid defeat in order for the bet to win.

Arsenal are not a team to be trusted at short prices and they have lost as many games as they’ve won in the top flight this term, conceding more goals than they have scored.

While Arteta can point to the fact that they’ve already been away to Liverpool and Manchester City, there’s a feeling that Arsenal struggle to do anything other than break teams down on the counter-attack and they might have their work cut out here.

When is Leeds vs Arsenal being played?